Gullveig is a free, open-source, light-weight infrastructure and service monitoring and operations support platform. Gullveig offers monitoring, alerting, and insights services for servers, services and applications, as well as other useful administrator and operations features.

Gullveig is modular and flexible, and allows for easy development of custom monitoring and reporting modules that can be created using nearly any platform or programming language.

Gullveig is actively developed and maintained, and is stable enough for production use, with caveats[1] - it is already used as primary or as an additional monitoring tool in production deployments, sizes ranging from a handful to a few hundreds of nodes.

[1] Although stable enough for production use as a tool, the architecture of the platform itself is not final and is undergoing extensive testing and development with production and high demand workloads. There are several major braking changes planned for 0.x version line before 1.x will be released as production stable, mostly to deal with architecture optimization and performance, as well as number of new features.

All updates and new releases after and including 1.x are subject to the compatibility policy. 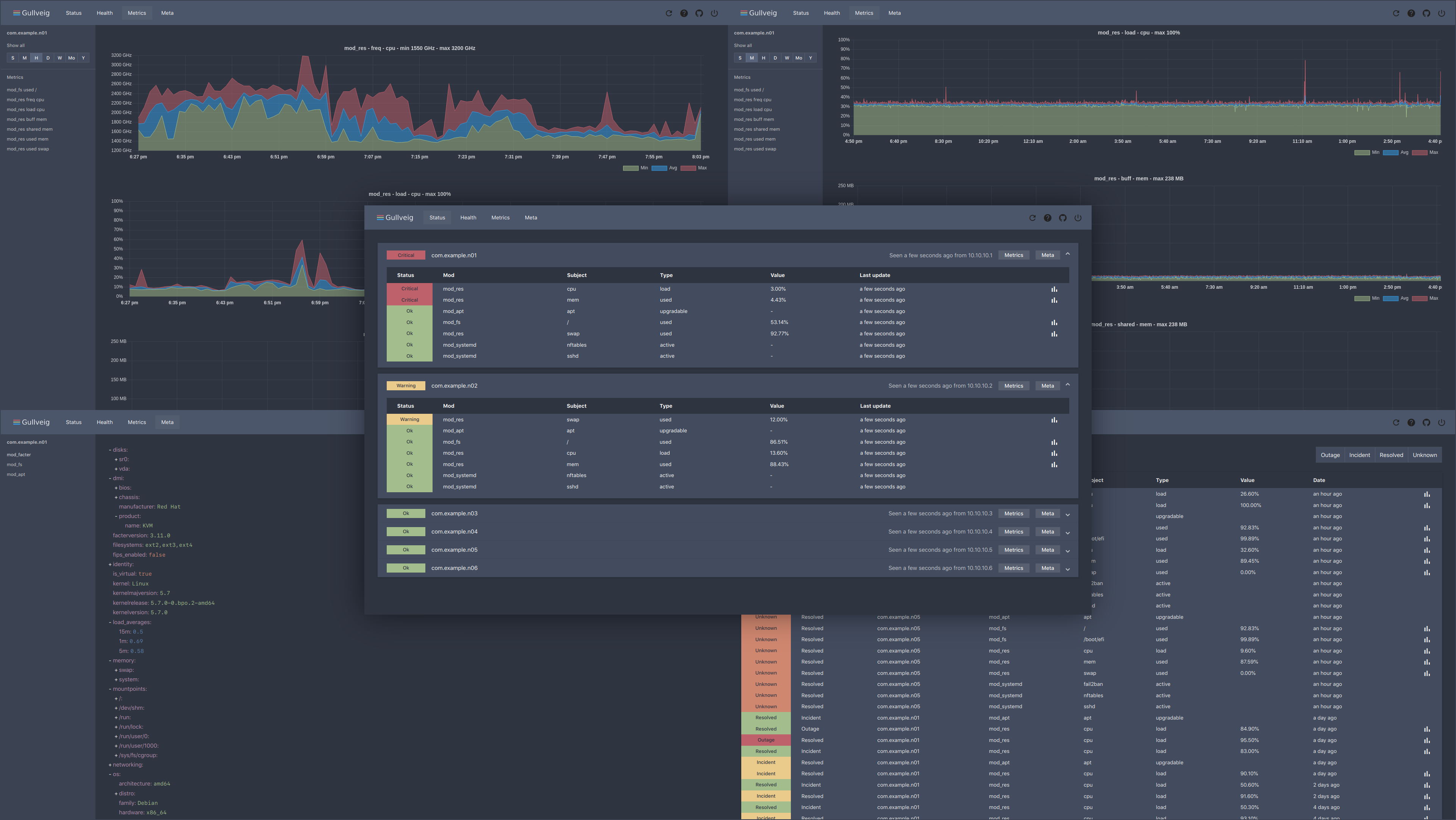